Extreme application of the Raspberry Pi.

A group of biohackers installed two Rasberry Pis in their legs.

The router shed all non-vital components. USB ports: ground off. Plastic case: recycled. Battery: repurposed. Amazon’s fastest delivery brought a Qi wireless coil to power the implant from outside the body and the smallest USB stick with 64 GB on the silicon. The only recipient of PegLeg version 1.0 was [Lepht Anonym], who uses the pronoun ‘it’. [Lepht] has a well-earned reputation among biohackers who focus on technological implants who often use the term “grinder,” not to be confused with the dating app or power tool.

I spoke with [Nick] about the whole process. He feels that implanting a PegLeg is a form of expression more than a logistical necessity. He also recommended that anyone interested in making an implant at home should try to avoid batteries and he detailed the complexities of containing a rechargeable battery with their heat problems, expansion, and compression foam, before stopping himself from proselytizing. Understanding the entire system that makes up the implant is vital. For instance, he spotted some missing admin functions that would have allowed anonymous users to upload files at will, but they could not be deleted. 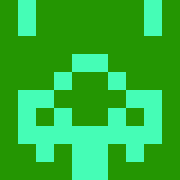 Entrepreneur, robotics fan. I have a Diploma in Technical Education, interested in robotics. My favorite platforms are Arduino and Raspberry Pi. Welcome to the world of robotics!

Teensy vs Arduino — Which is the Best?